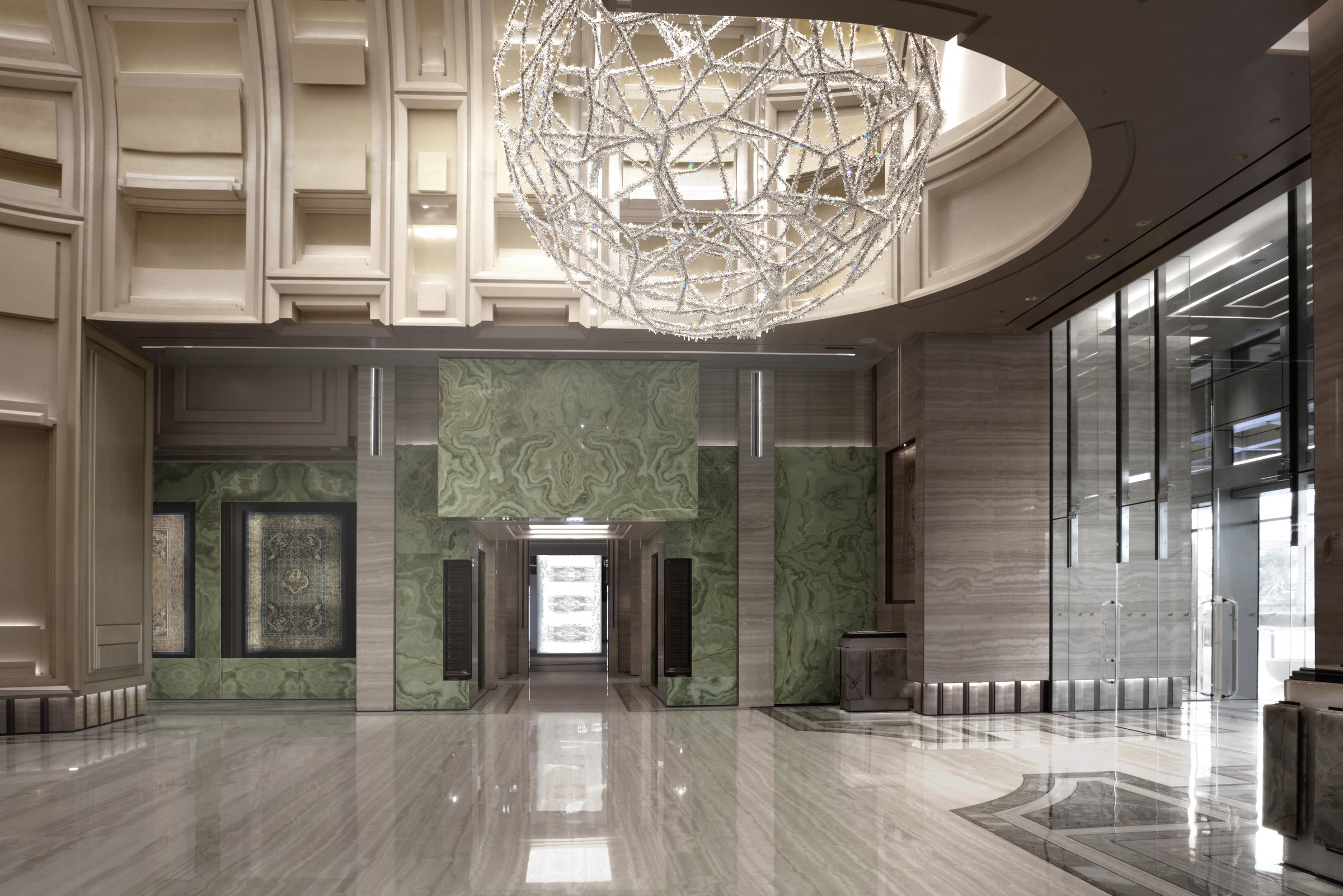 A crystal chandelier that graces the Emerald lobby, the VIP entrance of the MGM Cotai resort in Macau.

Measuring 4.5 metres across, the stainless steel armature is covered in over 150,000 Swarovski crystals.

The piece takes inspiration from the surrounding Imperial carpets from the Qing Dynasty (1644-1911) that hang on the nearby walls. These carpets originally came from the palace at the Forbidden City in Beijing and depict dragons, phoenixes, and flowers, symbolising the Emperor and Empress.

covered in over 150,000 Swarovski crystals 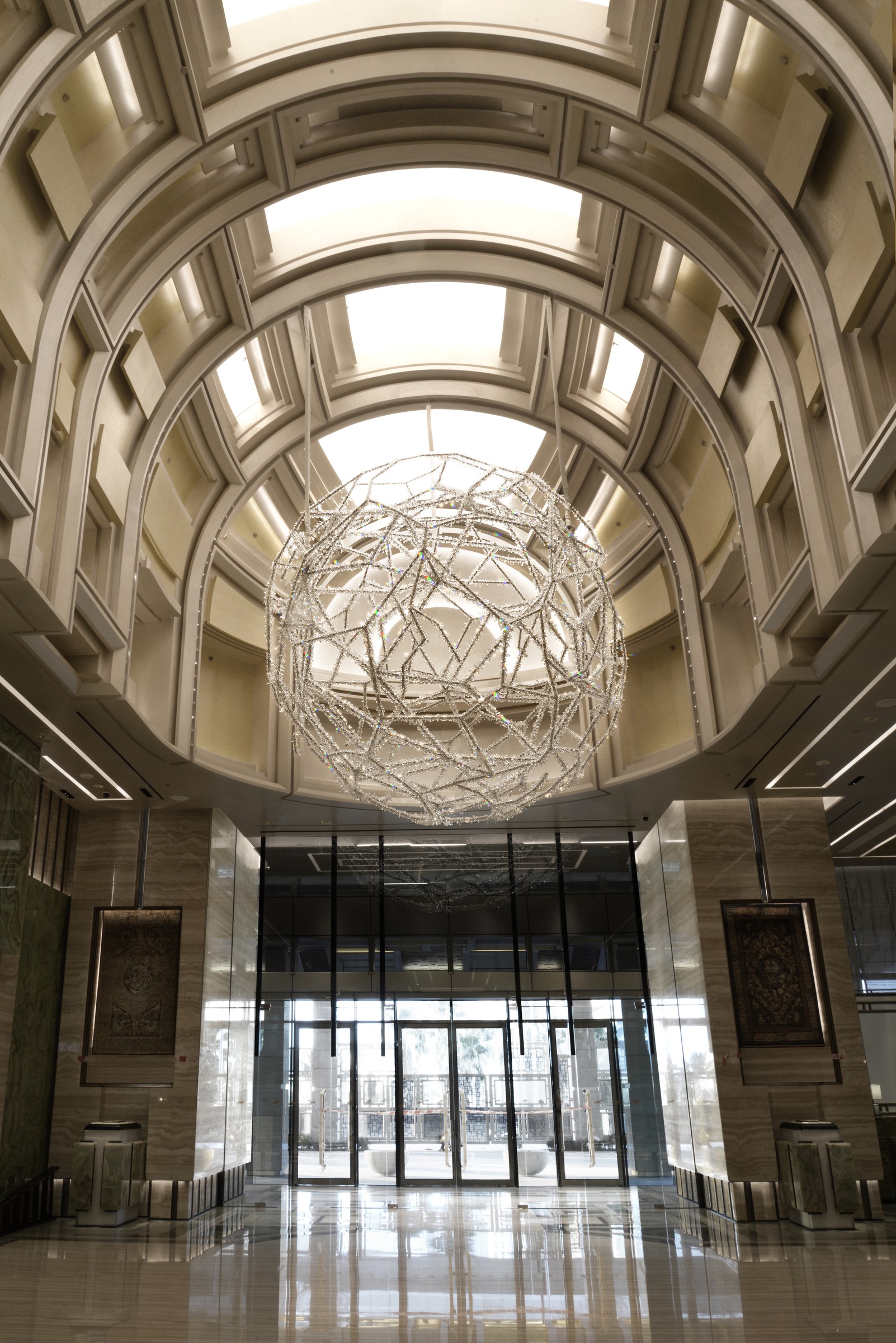 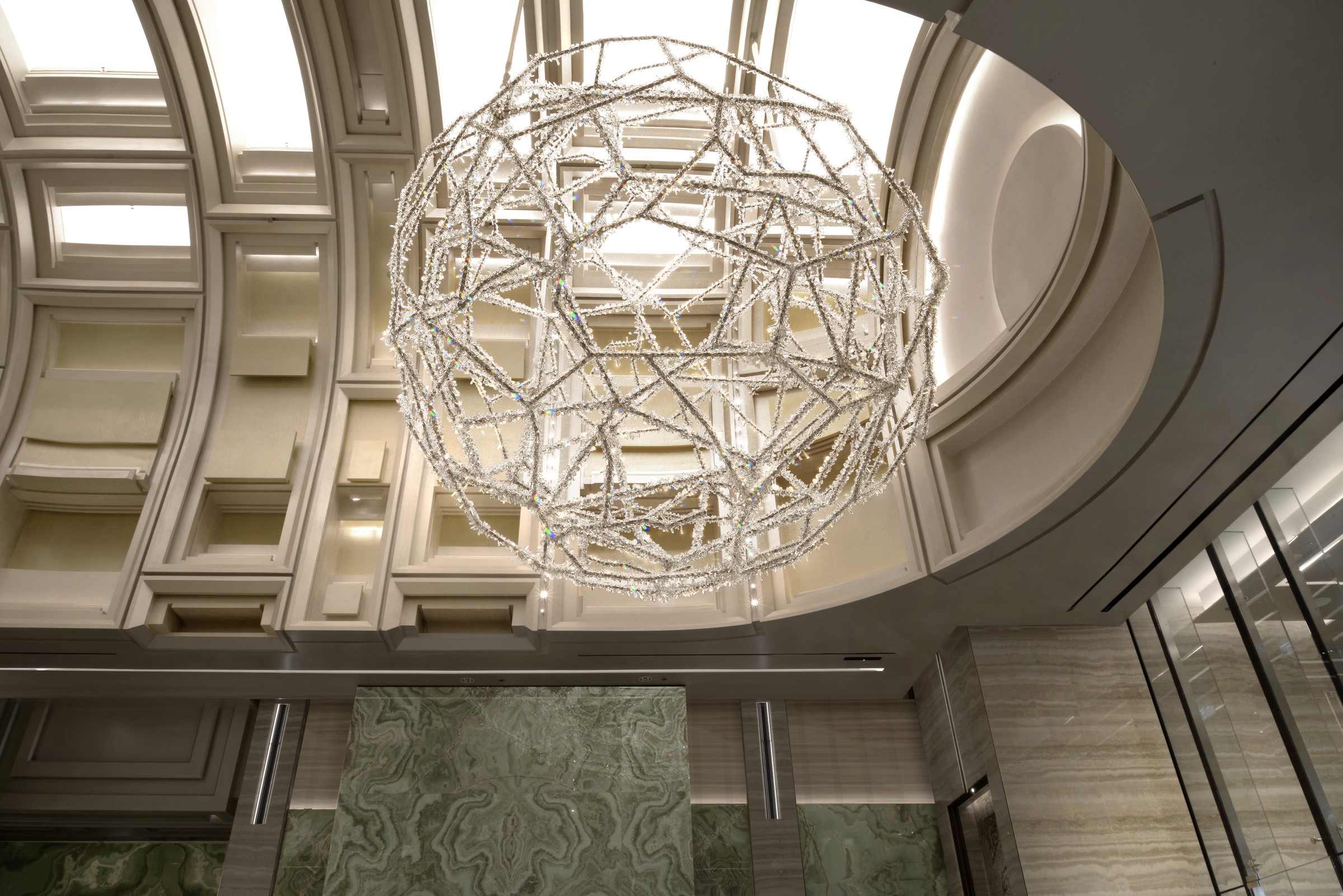 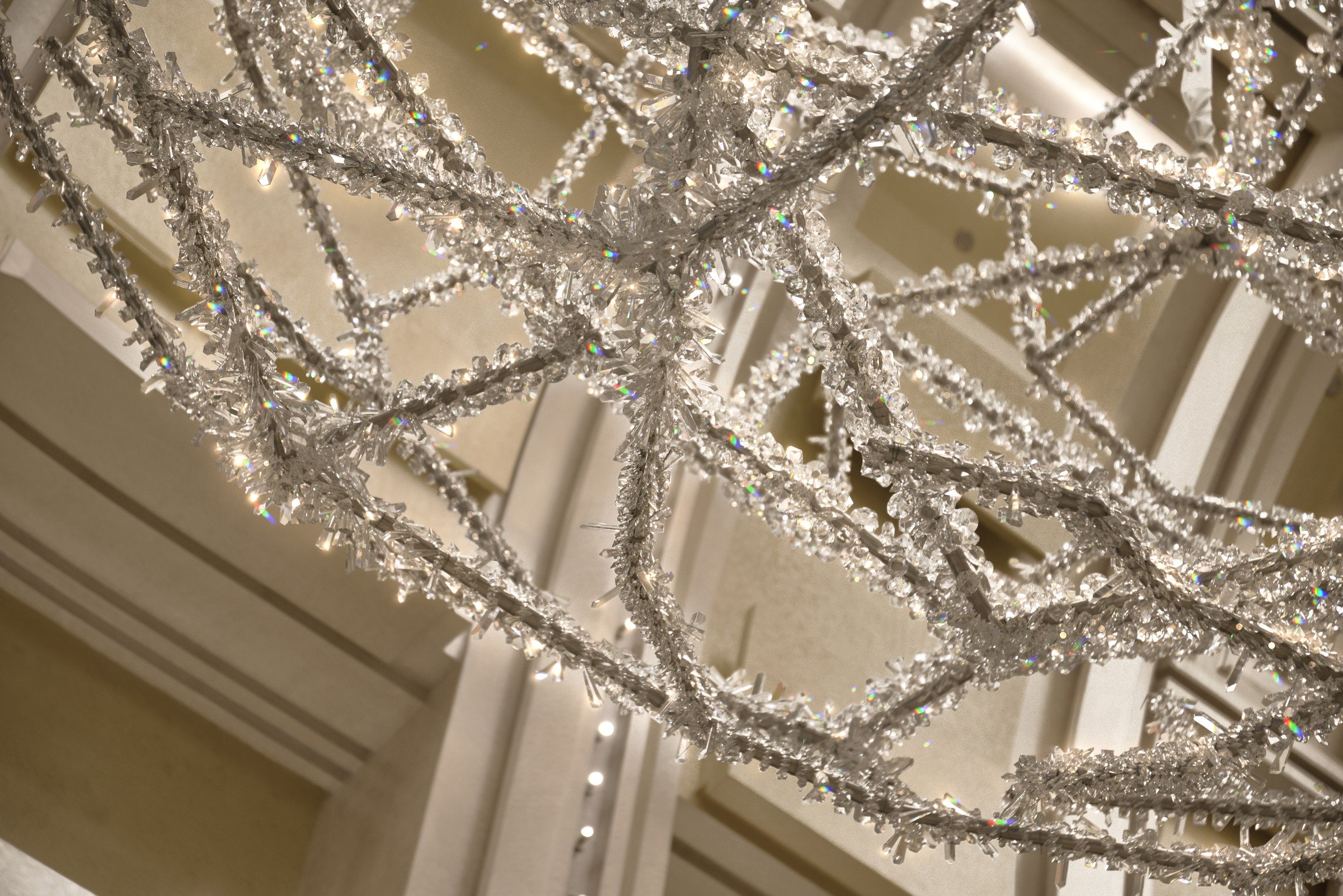