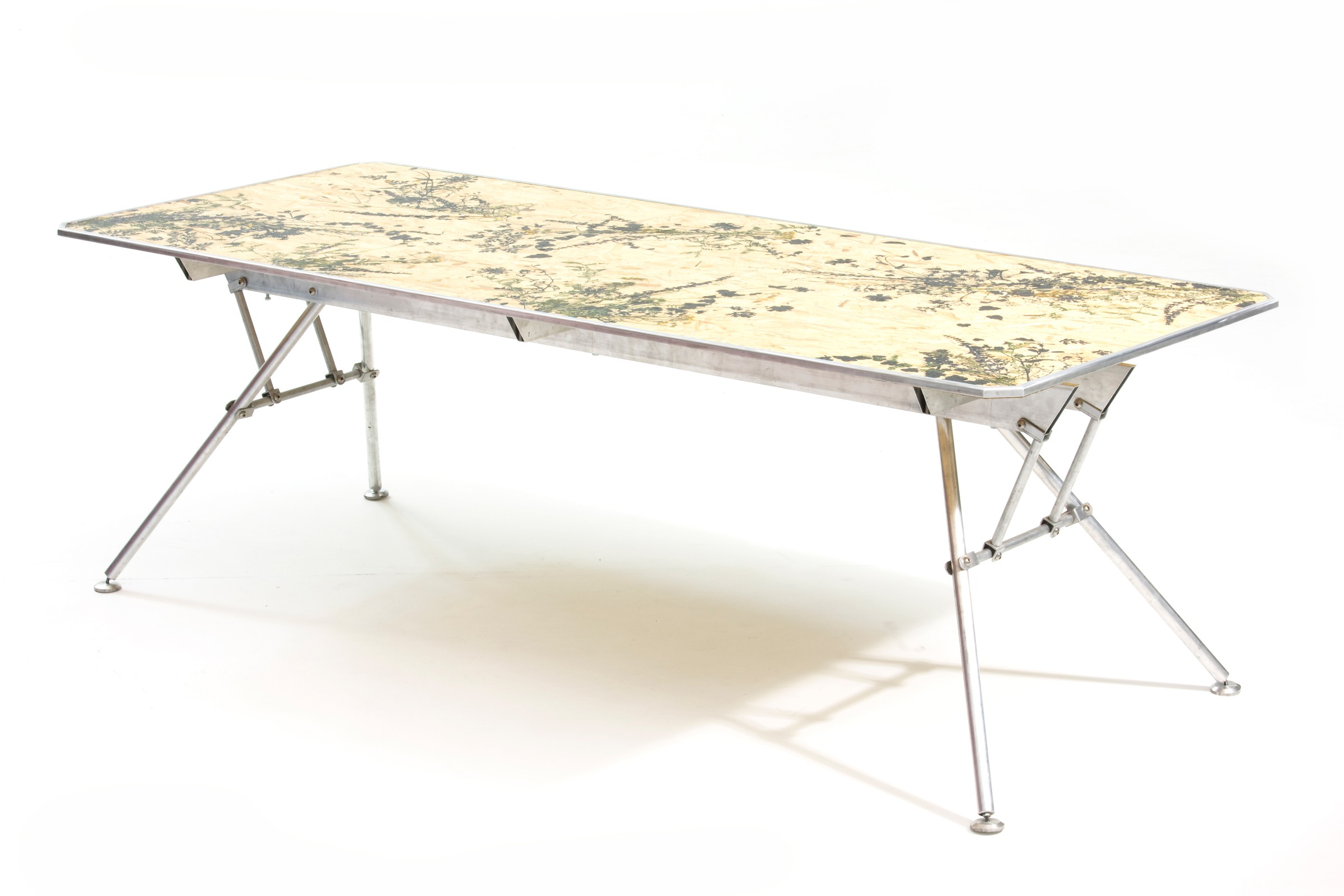 For this table, I used a new technique where wood is laminated with a protective film instead of being painted which releases solvents in the atmosphere. In-between the film and the wood, flowers are laminated and pressed, just like you press flowers in a book to dry them.

The film is digitally printed with a floral silhouette pattern and some hidden insect details crawl over the table. The flowers are common weeds, picked from a farm field in Italy behind the factory. There will be variation in each table produced and depending on which time of the year the table is made. 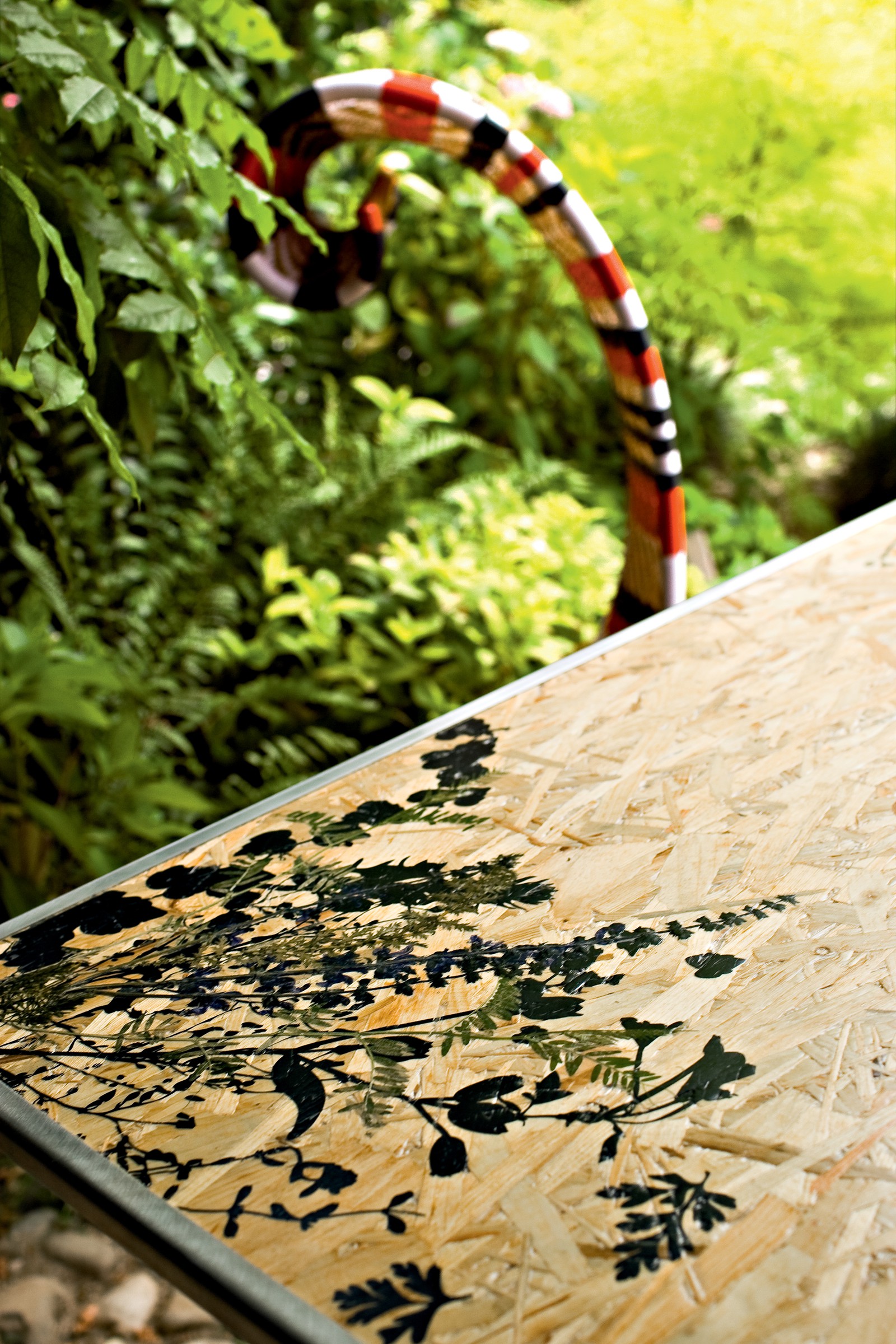 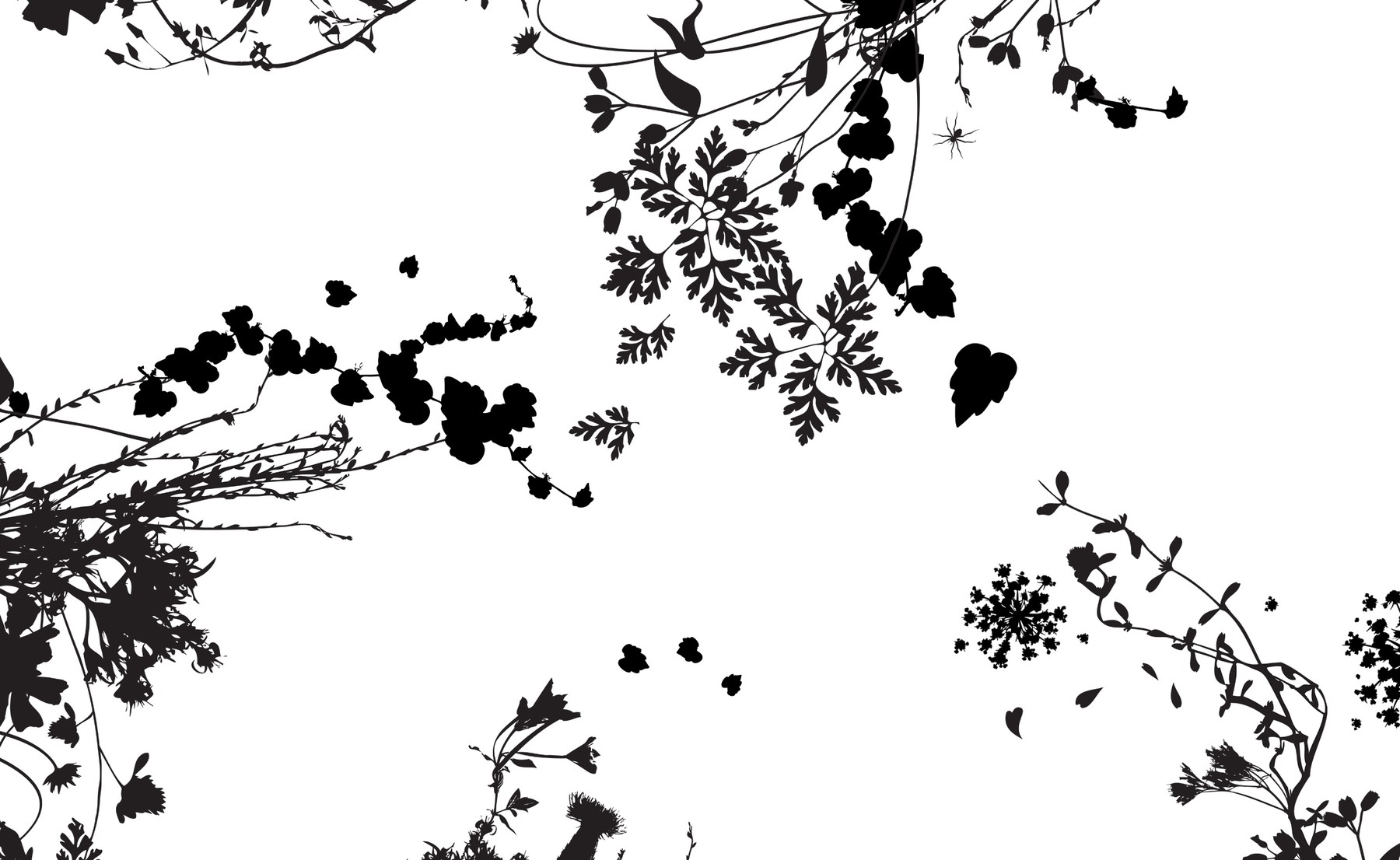