December stamps for Dutch national postal company PostNL. Creating small stories involving animals, plants and flowers within each of the 10 designs, the December stamps show that Christmas and New Year are festive holidays that we celebrate together.

I wanted to show how important it is to be together in December or to think of one another during this time. That’s why I featured stories of people and animals on every stamp and ensured that there is interaction between the figures. My aim was to create a festive feeling without the normal Christmas cliché’s. I intentionally opted for a few animals that aren’t usually associated with December; for example a swallow, which you won’t see here in December, as they spend their winters in Africa. It’s symbolic and in this way the stamps also refer to those who can’t be here during the festive season. As a counterbalance, I used familiar elements such as deer, hares, squirrels, and pine trees. 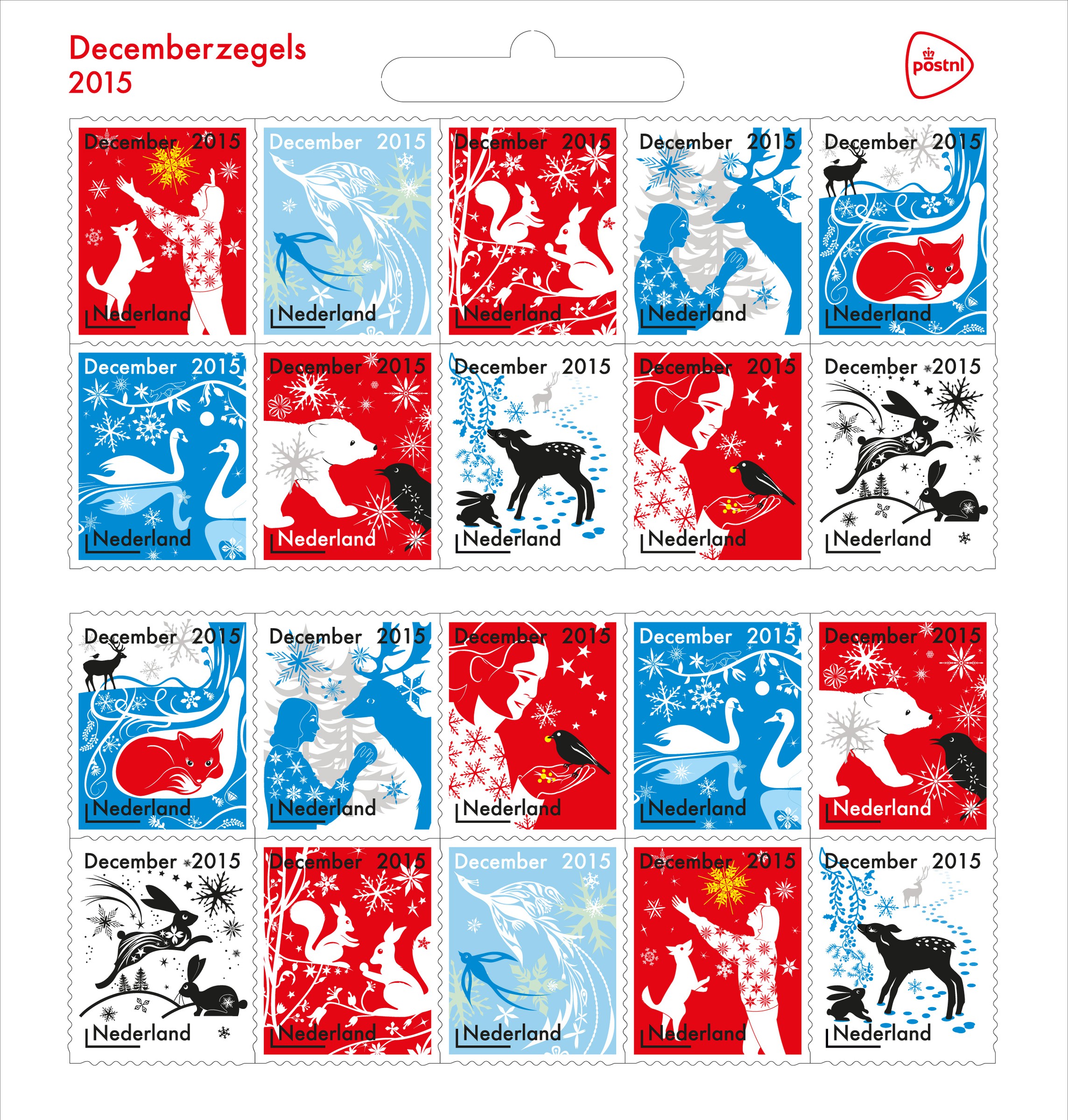